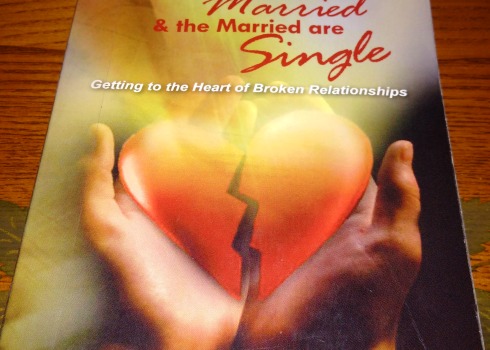 I stumbled on this accidentally on my local library.  Sometimes, I wonder why God shows me such things, given the fact that I just got divorced and I’m pushing toward 40. I ask Him, isn’t this kind of late?  But hey, what do I know. The God of the Bible is the God of second chances and new beginnings. This […]

I guess you could say this somewhat a movie review. Spoiler alert ahead. I’m not really a sports guy per say. Rarely we see a good sports movie, less alone something that has a profound message, a good message. It’s a nice break from other movies that are filled with violence, sex and cgi’s. I have a coworker and a friend of mine that suggested to watch 42 on netflix. I’m not really into sports movies but being he is a good friend of mine I took his recommendation. It’s a movie about Jackie Robinson, the first African-American baseball player in the MLB. I love movies that convey some truths to it. There’s a scene where Mr.Rickey, played by Harrison Ford and Jackie Robinson are having a conversation in the field. Mr. Rickey was asking him what he believes, in which he replied back and I quote, “I don’t think what I believe matters only what I do.” It struck me that it rings so true when someone says I am a Christian but they’re actions say otherwise.We could say all we want. We could declare it in every roof top. We could carry a bible. Wear a cross in our necklace. Put a fish emblem in the back of our car. People wouldn’t care what they only care is what we do. Once an atheist said that the reason he doesn’t believe is the lack of action by a […]

Lift up your head

I’ve always been fascinated by superheroes. With the majority of them dominating all the movies that has come out even until now and to the future. Who wouldn’t like to have super powers. Think of all the good things you can do. You probably could even use it to impress that special someone. Then it came to me, given the propensity of our hearts succumbing to pride and power. It could do a great damage too. Majority of us once we are in the pinnacle of success we often tend to forget God. Instead we fall into diverse temptations. Forgetting how we begged and ask God to give us all this material blessings, promising Him to use it for His kingdom and glory, to be a blessing to other people. But we all know how that turns out. This power only relates to material wealth. How much more if you have an actual physical power. Giving you a status to be like a god. I often joke with my friends that maybe this is the reason why God never bestowed such things to mankind. Because even Adam and Eve couldn’t even obey a very simple command. How hard could that be not to eat from the forbidden tree. There’s a passage in the bible in Luke 9:51-56 where Jesus and the disciples went to a village but they weren’t welcoming towards Jesus. James and John asked Him if they should […]